If you're a start-up or small business, you may be looking for venture capital funding as a way to grow and expand. VC funding can be a great way to get the money you need to take your business to the next level, but it's easy to get, especially in current market conditions. In this blog post, we will discuss what venture capital funding is and how to better your chances of attaining it. 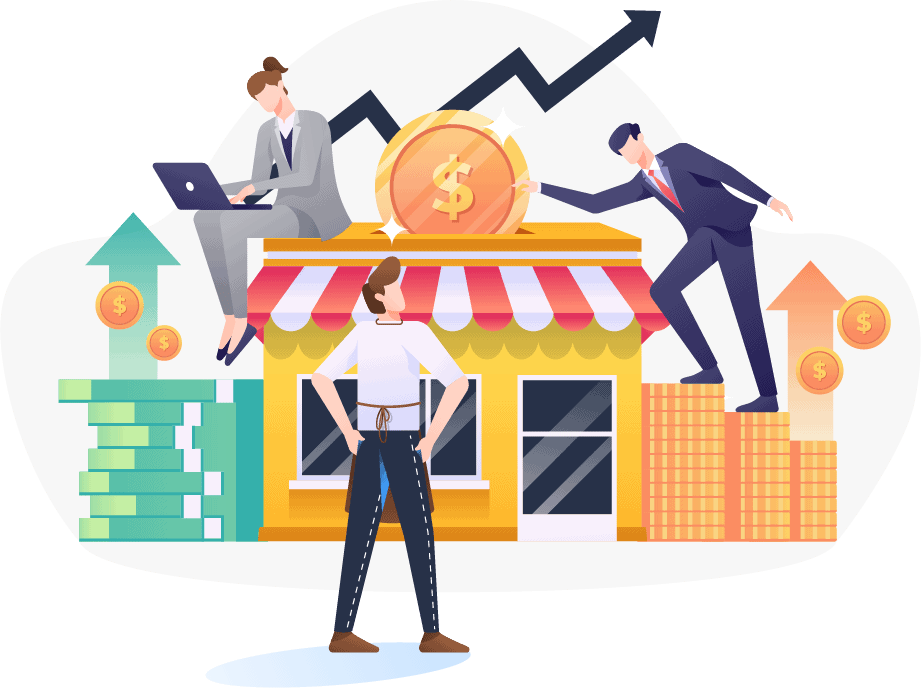 What is venture capital (VC) funding?

Venture capital (VC) is a type of private equity financing that is provided by investors to small businesses or startups that are deemed to have high growth potential. VC funding typically comes from institutional investors, such as venture capitalists, investment banks, and other financial institutions.

Recommended reading: What is a Venture Capital Company?

The Profile of a venture capitalist

Learn more by reading our article: Startup Investors: Which investors invest in startups

Structure of a venture capital fund

A venture capital fund consists of limited and general partners.

The limited partners are typically institutional investors, such as pension funds, insurance companies, and endowments, which provide the majority of the capital for the fund. Whereas general partners manage the day-to-day operations of the fund and provide the expertise and experience. Typical venture capital funds have a life cycle of seven to ten years.

During this time, the fund will make investments in companies and then exit successful investments through an IPO or a sale to another company.

The goal of the venture capital fund is to generate a return for the limited partners via portfolio company exits. 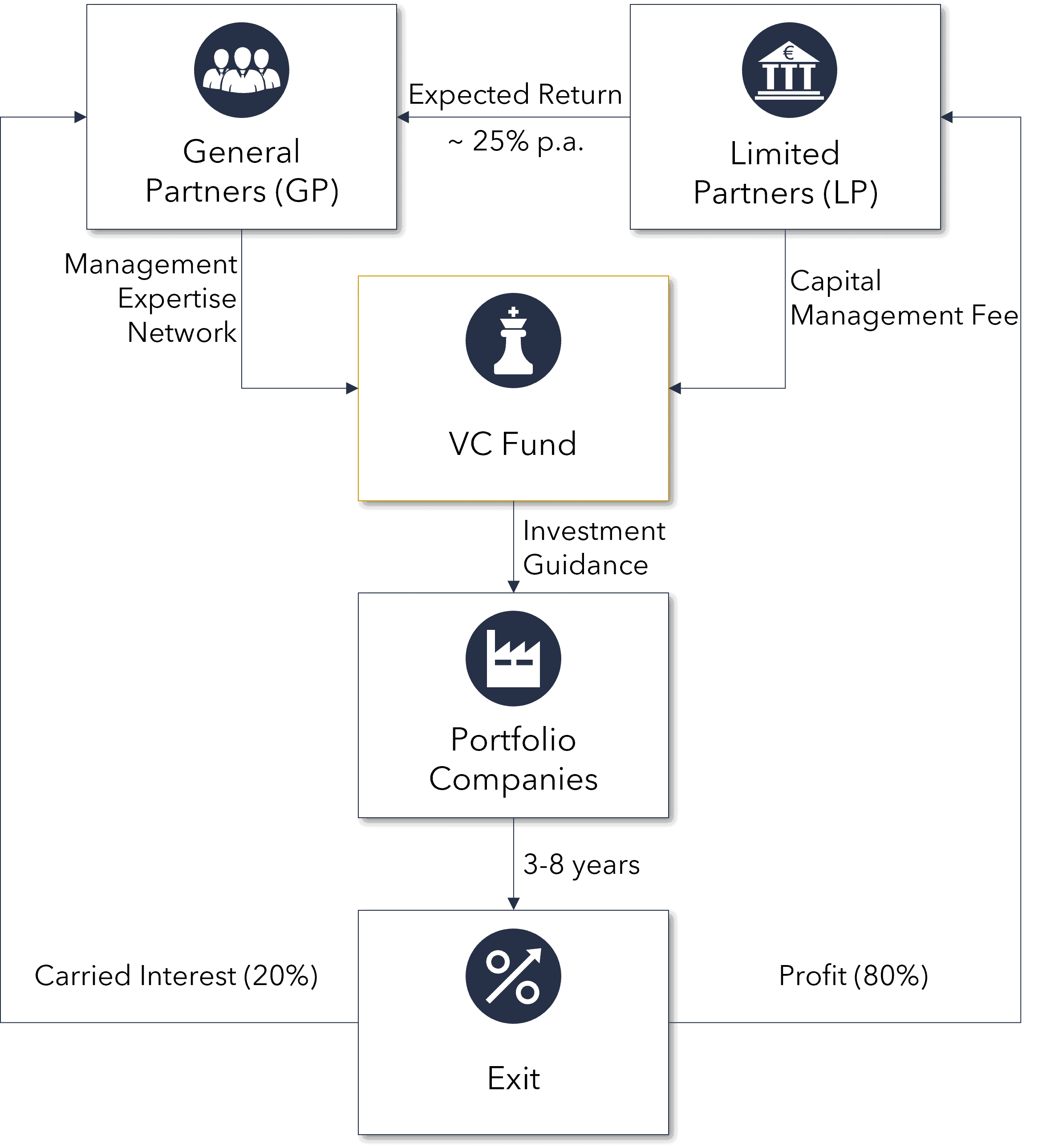 The beginnings of venture capital investments

The modern VC industry has its roots in the 19th century, when wealthy individuals began investing in high-risk, high-reward businesses. These early investors were known as "angel investors." During the 20th century, the VC industry grew and evolved.

The first institutional VC firm, American Research and Development Corporation, was founded in 1946 by Georges Doriot. Doriot, who is often referred to as the "father of venture capitalism," was a professor at Harvard Business School and a successful entrepreneur. He believed that VC could be a powerful tool for financing and growing young companies.

In its first year, ARDC invested in three companies. Circo Products, a Cleveland-based company received $150,000 to develop a handgun that melted car engine grease. The other two companies were based in Cambridge. High Voltage Engineering Corporation, a company based out of a converted parking garage by two MIT scientists, received a $200,000 investment for their work on developing a two-million-volt generator, eight times more powerful than existing X-ray machines. An additional $150,000 went to Tracerlab, Incorporated, also founded by scientists at MIT, which sold radioactive isotopes and made radiation detection.

While these early investments were not without risk, they proved to be very successful. This success helped to legitimize the VC industry.

In the 1960s and 1970s, venture capitalists began to emerge as a distinct class of professional investors. VC funding played an important role in the growth of Silicon Valley. In the 1970s and 1980s, many VC firms were founded in the area and began investing in tech startups. This period saw the birth of some of the most iconic tech companies, such as Apple, IBM, and Microsoft. And in the 1980s and 1990s, VC became an increasingly important source of financing for startups and small enterprises.

The impact of the financial crisis (2008) on venture capital investments

The 2008 financial crisis was a hit to the venture capital industry. During the crisis, many institutional investors (such as pension funds, investment funds and endowments ) pulled back on their VC investments. As a result, Venture Capital Funds had to cut back on their activities, and many startups struggled to find funding. In the next few years after the financial crisis, the VC industry has slowly recovered.

In recent years, the VC industry growth has accelerated again in Europe. According to "Invest Europe", VC investments in Europe reached a record high of €20.4bn in 2021. This is a significant increase from 2020, when VC investments totaled to €12.0bn.

Venture capital can be broadly divided according to the growth stage of the company receiving the investment. Generally speaking, the younger a company is, the greater the risk for investors.

The stages of VC investment are:

Pre-seed funding is the money raised by a start-up before it has launched its product or service. This type of funding is typically used to cover the costs of research and development, as well as to pay for initial marketing and advertising expenses.

Seed funding is the money raised by a start up after it has launched its product or service. This type of funding is typically used to cover the costs of further research and development, as well as to pay for additional marketing and advertising expenses.

Growth stage funding is the money raised by a start up after it has established itself in the market and is beginning to generate significant revenues or profits. This type of funding is typically used to finance expansion into new markets, as well as to pay for additional marketing and advertising expenses.

The Venture Capital Investment Process describes the stages a start up goes through when it is raising venture capital from the VC's perspective.

There are four main stages in the VC investment process:

Screening: In this stage, Venture Capital Funds assess a startups potential for growth and profitability. This assessment is typically based on factors such as the company’s business model, competitive landscape, management team, and market opportunity.

Due diligence: With the due diligence VC firms conduct a more detailed analysis of a startups business. This analysis typically includes financial projections, market research, and legal review.

Term sheet negotiation: After investment decisions have been made, VC firms negotiate the terms of their investment with the start up. This negotiation typically includes issues such as valuation, equity ownership, and board seats.

Venture Investment: After the negotiation has been finalized, VC firms provide the start up with the capital it needs to grow its business. This investment is typically in the form of equity.

The venture capital process can be a long and complicated one depending on the stage of the start-up. However, understanding the process is essential for any start up that is looking to raise VC funding. By preparing the steps outlined above, startups can increase their chances of success in securing VC investment.

How to get venture capital financing?

There's no one-size-fits-all answer to this question. Each start ups situation is unique, and the best way to raise VC funding will vary depending on the company's individual needs and circumstances.

That said, there are a few general tips that can help any start up secure VC investment:

Build a strong business plan: A well-crafted business plan is essential for any start up looking to raise venture capital. Your business plan should be clear, concise, and easy to understand. It should also include financial projections and market research. All of this should be put together in a pitch deck, which is a condensed summary of the most important messages to the investors.

Assemble a strong management team: Investors want to see that your company is being led by a competent and experienced management team. Be sure to highlight the experience and qualifications of your team members in your business plan and pitch deck.

Identify a large market opportunity: Venture capital funds want to invest in companies that have the potential to generate significant profits and operate in markets which allow them to grow at a rapid To increase your chances of success, be sure to highlight the size and growth potential of your target market in your pitch deck.

Demonstrate traction: Startups with proven traction are more attractive to investors than those without any revenue or customers. If you have already generated some sales or secured meaningful partnerships, be sure to include this information in your pitch deck.

Advantages and Disadvantages of Venture Capital

There are both advantages and disadvantages to raising venture capital.

Some of the advantages include:

Some of the disadvantages include:

Before deciding whether or not to raise venture capital, it's important to weigh the pros and cons carefully. Venture capital can be a great way to finance a start-up, but it's not right for every business. You'll need to decide if the advantages outweigh the disadvantages in your specific situation.

One trend is that VC firms are becoming more specialized. This means that there are now firms that focus on specific industries or stages of growth.

Finally, there is a trend towards impact investing, which is when VC firms invest in companies that have a positive social or environmental impact. This is becoming increasingly popular as investors seek to make a difference with their money.

Venture capital is an important source of funding for startups. By understanding the trends in VC, you can better position your startup to secure the funding it needs to grow.

At Trustventure, we advise young companies and start-ups on financial matters and offer CFO-As-A-Service. Our expertise in questions of corporate finance, planning and controlling creates transparency and security for you and your investors. Get in touch using our contact form or send us an email via office@trustventure.de. 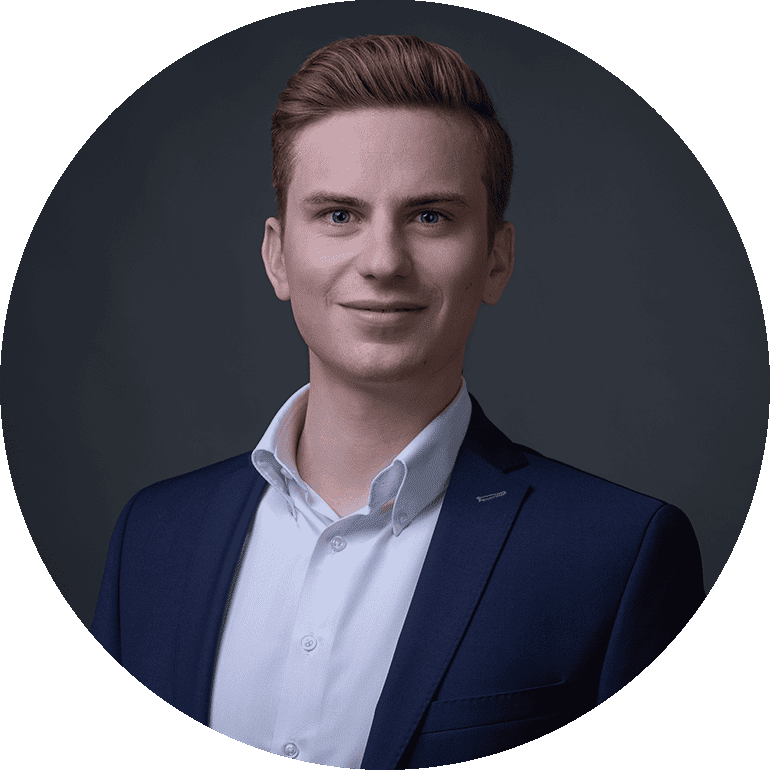 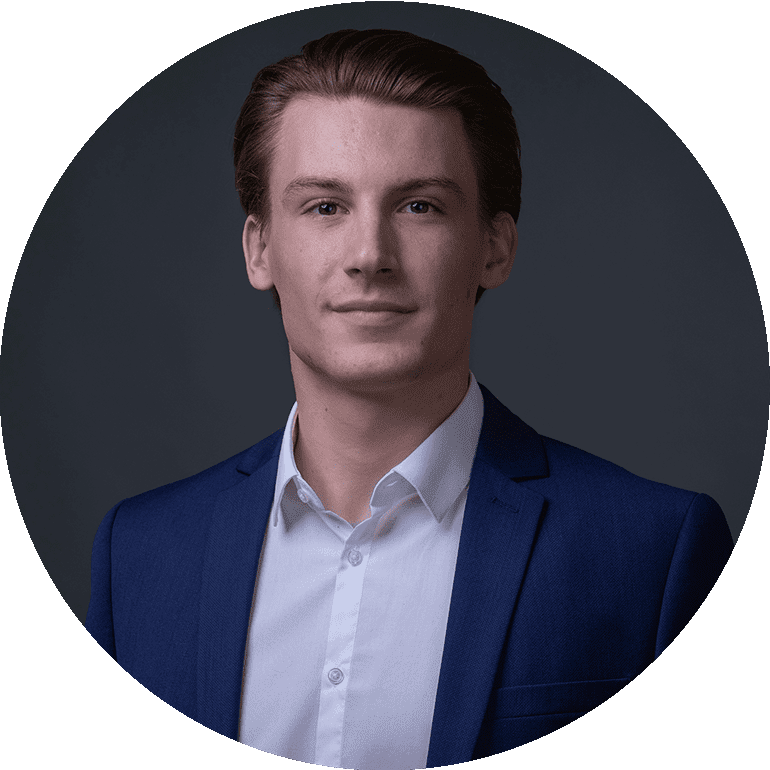 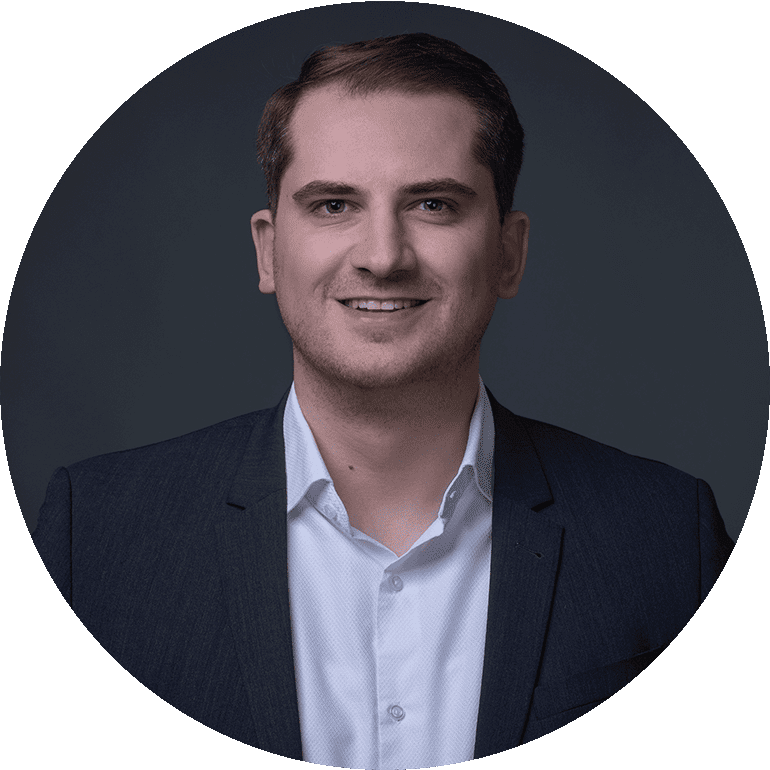